We walked by a Catholic Church almost immediately as we turned down a lane off Grafton Street exploring Dublin on our first day.  We have since visited so many churches across Ireland that I can’t keep them straight but they are all historic and beautiful.  With the history of Ireland so closely tied to the Catholic and Protestant churches, it is no wonder they dominate the landscape.  Well, not as much as the pubs dominate but still, there are a LOT of churches here. 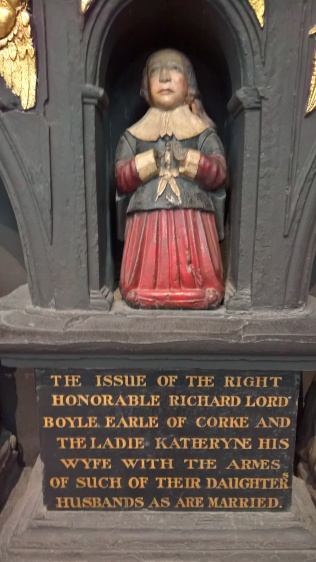 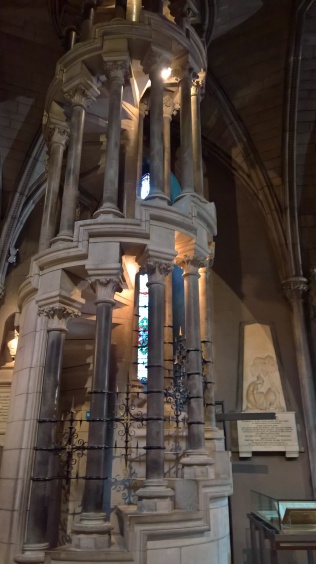 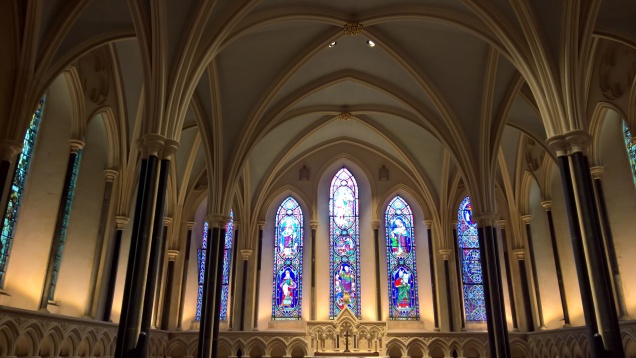 The church we spent the most time in was St. Patrick’s Cathedral in Dublin.  It is really a museum now mostly with some services but beautifully preserved with groupings of historically significant relics to read about and enjoy.  We found a video loop playing the in back corner and sat through a nice overview of the history before we explored, giving good context to what we were going to see which dates mostly back to the 14th century but a religious building stood on this site a thousand years before that. It is the largest church in Ireland and also houses the largest ringing peal bells in Ireland as well, whatever those are.  Bet they are loud. 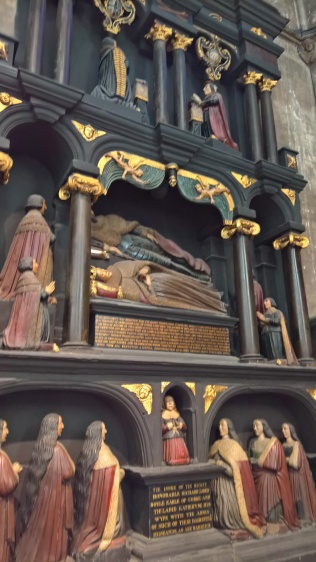 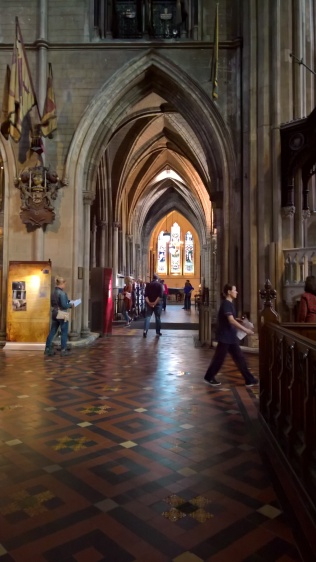 One story we learned from the video was that during a feud in 1492 there came a point where the warring families were deadlocked so the two leaders agreed, as a gesture of good faith, to extend their hands through a slot in a massive door to shake and call a truce.  This “Door of Reconciliation” now hangs in the church and thus the Irish expression, “to chance your arm” meaning to take the initiative.  Here’s betting that if Hillary extended her arm through a door, Trump would cut it off and call her a loser for wanting to negotiate. 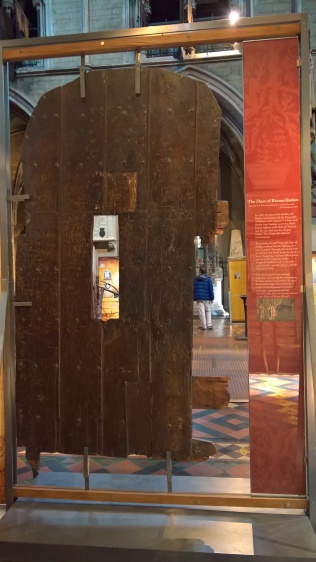 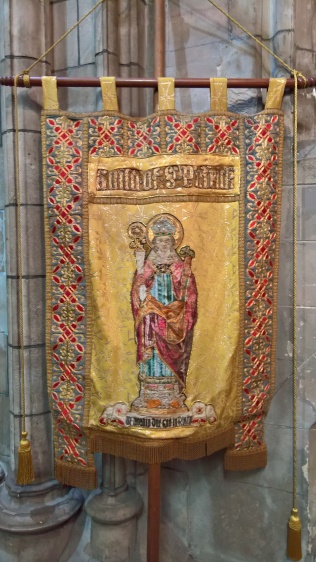 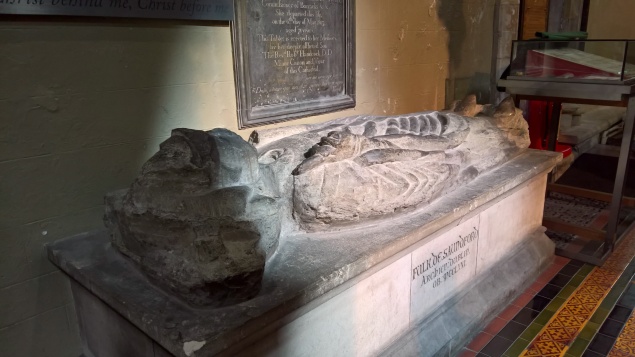 Along with the velvet covered pew benches that are preserved and roped off in the sanctuary, there are stand-alone chairs for people to sit in and worship with embroidered kneeling cushions that some little old ladies probably created for use by worshippers. Charming AND useful.

Though you do have to pay 6 euros to enjoy St. Patrick’s, it was money well spent given not only the beauty but the historical experience of it all.  Amen.